We use cookies on our website. They help us get to know you a little and how you use our website. This helps us provide a more valuable and tailored experience for you and others.

You can revoke cookies at anytime at the bottom of the page.

Briem Prefers RME for Quality, Simplicity
As a teenager in the late 1970s, drummer Gulli Briem became a founding member of Icelandic jazz-funk fusion band, Mezzoforte, whose 1982 hit, “Garden Party,” brought them international success. Briem went on to have a successful solo career by continuously pushing past traditional genre limitations, applying his musical skill set on records ranging from jazz to funk to New Age and world music. Recently Briem recorded tracks on a forthcoming solo album by Steve Hackett (Genesis), which will be released in early 2019.

Looking back, Briem recalls Mezzoforte’s interest in the studio side of things. "We were always very enthusiastic about the recording process," Briem said. "When we were 15 and 16 years old, we would ask to be let into professional recording studios at very low rates, so we could learn how to record music and make it sound as good as possible."

Mezzoforte's success garnered Briem a host of recording opportunities over the course of his musical career, which now spans over four decades. “So today we are all producers in our own rights,” Briem said of the members of Mezzoforte. “When you've been doing this for as long as we have, there are no other options but to go for the most brilliant quality you can imagine. And RME is right there at the top. The gear is just impeccable. It reaches such a high standard that it makes you want to create.”

Alongside his work with Mezzoforte, Briem has worked as a studio musician with acts like Madonna and on his own side project, Earth Affair. While Briem admits he gets phenomenal sound quality recording drums with his Fireface UFX interface and Babyface Pro, he says the reason RME tools have become such a mainstay in his process is because they’ve helped him simplify his recording.

“I’m a fan of simplicity,” he said. “I like to keep things as clear and direct as possible. The cool thing about the UFX is that it's easy to use. So, even if you know nothing about recording, you can always get help from your device.” Using RME's TotalMix FX software, Briem presets his drum set input levels to automatically adjust to his playing intensity, helping him to effortlessly achieve the optimal headroom out of each input channel.

But when it comes to monitoring in the studio, Briem has used RME's Babyface since its first iteration, and now he monitors using the Babyface Pro. The first time he plugged his headphones in, he said, “It was like going from mono to stereo. The sound has incredible clarity, and you hear every small detail; and it made me realize just how poor our usual listening experiences really are.”

Batio Requires Low Latency Recording
Guitarist Michael Angelo Batio uses RME’s Babyface Pro audio interface to record guitar and vocals, not only because of the superb sound quality and easy-to-use functionality it offers, but also because the Babyface Pro allows for extremely low-latency, no matter how many tracks he's recording over. "With latency, there's a split second difference between what you actually play and what gets recorded," Batio said. "Even in milliseconds, it can really screw up the performance being recorded. With the Babyface Pro, there is zero latency."

The former lead guitarist of Los Angeles-based glam metal band Nitro, Batio has recorded upwards of a dozen albums over the course of his solo career. Setting him apart from most artists is his advanced knowledge of music theory, as well as his fretboard mastery, sweep picking techniques and showmanship — particularly with his ambidextrous double-neck guitar playing. Batio was voted the “No.1 Fastest Guitar Shredder of All Time” by Guitar One Magazine. So, he can’t afford even the slightest bit of latency when he’s tracking guitars. “I've used a lot of different interfaces,” he said, “and the Babyface Pro is the best one I've ever used.”

Now, recording out of his own studio, M.A.C.E. Music located in Northern Illinois, Batio has used the Babyface Pro to track both guitar and vocals because it lets him record as many tracks as he needs. "One thing I enjoy about using the Babyface Pro is that you're not limited as to how many tracks you can use," he said. "I use a lot of tracks and could easily balloon up to 40-50 tracks on a given recording. When you start building tracks like that, even if your computer can handle it, if the interface can't, you're going to have problems. But the Babyface Pro can handle it."

Basilio Takes Show on Road with Babyface Pro
When it comes to navigating the music industry landscape in the Internet Age, guitarist Lari Basilio has been a pioneer in fusing instrumental music with video performance. Her 2015 LP, recorded live in Sao Paulo, Brazil, was released on both CD and DVD, and contains 10 tracks performed live, a mini-documentary on the making of the album, plus behind-the-scenes footage. Her YouTube channel is full of performances, lessons and gear demonstrations, which have garnered a following in both South and North America. More recently, Basilio said she has been recording her forthcoming LP at Capitol Studios in Los Angeles, which is set to release in early 2019. This past month, she went on tour with the G4 Experience and took her Babyface Pro with her.

"The Babyface Pro is making my work easier in many ways," Basilio said. "It's a very portable interface, and I can bring it with me everywhere. When I'm on the road, my Babyface Pro is always with me, and it lets me record with the high quality that RME is known for. And, since I like to use some guitar plugins, the Babyface Pro offers me the best low-latency technology."

With a new album on the way and more touring in 2019, Basilio trusts her Babyface Pro to serve as her go-to interface for recording guitar tracks, whether in the studio or on the road. And, in addition to versatility and RME's superior sound quality, Basilio says the dual headphone outputs, offering TRS and mini-jack sockets in parallel — which have separate driver stages to perfectly match low and high impedance headphones — are a “special touch” by RME that help to make the Babyface Pro stand out to her.

Learn what goes into Gulli Briem, Michael Batio and Lari Basilio’s recording process as well as hear them perform live at RME’s NAMM booth 14702. Briem will perform through an Yamaha electronic kit while sharing how he uses Octamic XTC and TotalMix FX in the studio every day of the show at 12:30 p.m. Batio will perform each day of the show at 11:30 a.m. while also explaining how using the Babyface Pro has helped him build tracks with low latency on albums in his personal recording studio. Lari Basilio will perform at 3:30 pm on Thursday–Saturday during the show.

For more on RME, visit rme-usa.com

From creating music for video games to recording artists at his own studio, Keith’s Fireface UC interfaces handle it all 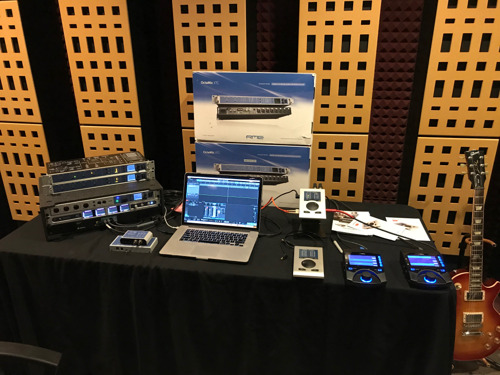 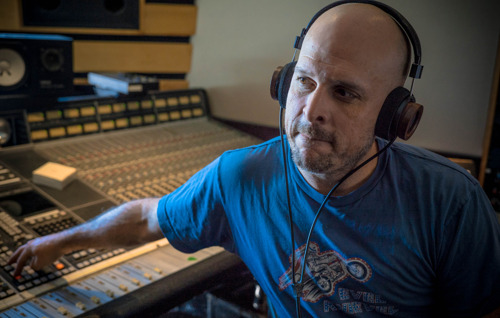 Masters of Audio: RME Invites NAMM Attendees to ‘Learn from the Masters’ Through Performances, Dialog with Top-Tier Musicians and Audio Professionals